Watch the episode, meet the grower, get the recipe, check out the nutritional facts, and discover research projects relating to apples and pears and other featured produce

In episode 7 of My Market Kitchen, Hort Innovation’s Research and Development Manager, Dietitian and Nutritionist Jemma O’Hanlon heads to Prahran markets to make a winter warmer turmeric latte porridge with poached pears straight from the orchard. We also visit Michael Henry of Henry of Harcourt who shares insights into how pears are grown and discusses the levy-funded apple and pear future orchard and how they have benefited on farm. 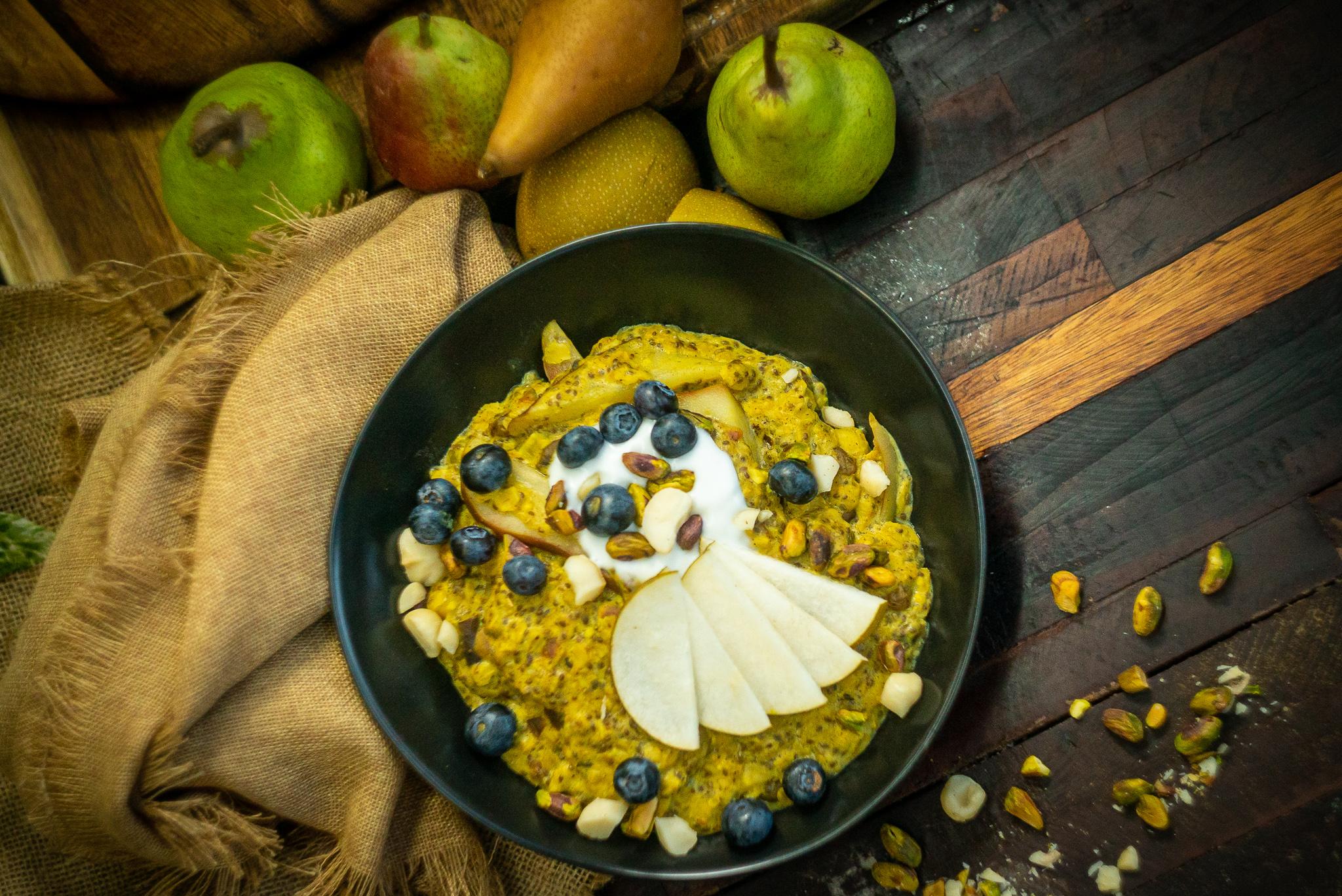 Tip: For something different, try a pear and chocolate porridge by substituting the turmeric, cinnamon and ginger with 1 tbsp cacao powder. The kids will love it!

Meet the grower from this episode

Over 20 years ago Michael Henry's father Drew decided to escape Melbourne, relocating to Harcourt in regional Victoria to grow apples and pears and eventually try his hand at cider making. Following in his father’s footsteps, Michael is a second-generation apple and pear grower and cider maker and continues the legacy of the family-run business Henry of Harcourt.

Located at the base of Mount Alexander, the Henry of Harcourt orchard is a hundred-acre property which grows forty five varieties of cider making apples as well as five fresh eating varieties.

Investing in the future of the apple and pear industry

You can read about these investments in R&D at the Apple and Pear Fund grower pages.

More recipes can be found at the Australian Pears website